The goal of hormone therapy in transfeminine patients is to reduce the endogenous effects of testosterone such as a coarse body hair and facial hair; and to induce feminine secondary sex characteristics such as breast and hip development, in keeping with the patient’s individual goals. Physiologically, this requires a suppression of endogenous androgens and the addition of estrogen. 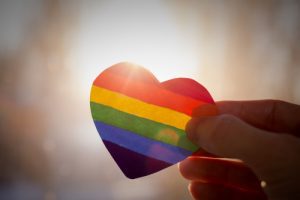 The degree and rate of physical effects are largely dependent on patient-specific factors such as age, genetics, body habitus and lifestyle, and to some extent the dose and route used (selected in accordance with a patient’s specific goals and risk profile). Physical changes related to androgen blockade and estrogen may take months to appear and are generally considered to be complete after 2-3 years on hormone therapy. Breast growth is an aspect of feminization to which many transfeminine patients assign great importance. The degree of breast development is dependent on many factors, but most transfeminine patients experience modest breast development (average cup size less than A, or developmental Tanner stage 2 to 3). In early studies, neither type nor dosage of estrogen was shown to affect final breast size, and no relationship between serum estradiol levels and breast development was found.

Feminizing therapy does not affect the pitch of the voice in transfeminine patients. Some patients may obtain benefit from voice therapy with a qualified and supportive speech and language therapist who can work with the patient to modify their vocal characteristics. There are also a variety of surgical techniques that have been utilized to feminize the voice through alteration of the vocal cords. Pre-existing medical conditions and risk factors may impart increased risks with estrogen administration and should be considered. Available measures to reduce associated risks should be considered and discussed prior to or concurrently with the initiation of hormone therapy.